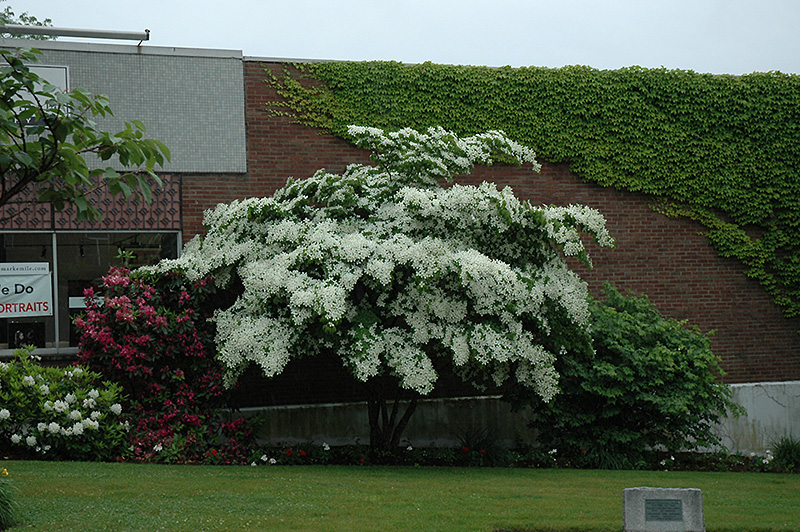 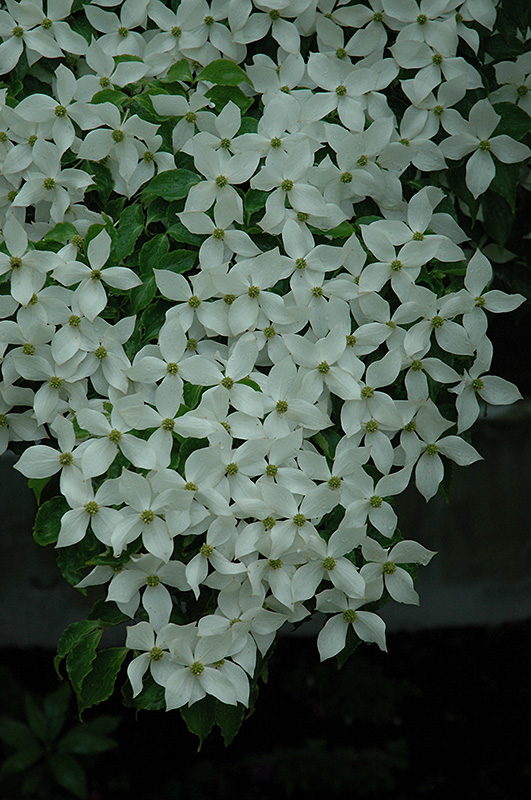 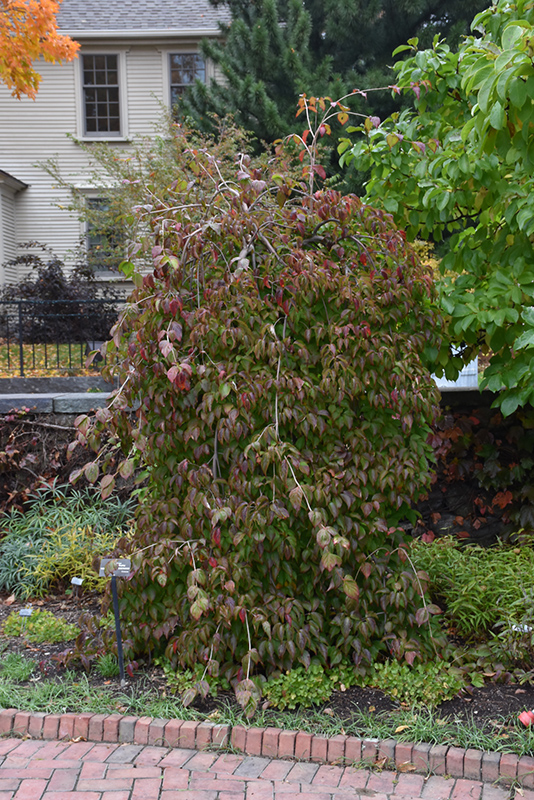 Noted for its rounded, weeping habit, this variety has cascading branches that bear volumes of contrasting white flowers; late spring blooms last for several weeks, covered in berries in fall; vigorous and tolerant of most soils except very wet or dry

Lustgarten's Weeping Chinese Dogwood features showy clusters of white flowers with white bracts held atop the branches in late spring. It features an abundance of magnificent crimson berries from early to mid fall. It has green foliage throughout the season. The pointy leaves turn an outstanding brick red in the fall. The peeling gray bark adds an interesting dimension to the landscape.

Lustgarten's Weeping Chinese Dogwood is a multi-stemmed deciduous tree with a shapely form and gracefully arching branches. Its average texture blends into the landscape, but can be balanced by one or two finer or coarser trees or shrubs for an effective composition.

This is a relatively low maintenance tree, and should only be pruned after flowering to avoid removing any of the current season's flowers. It is a good choice for attracting birds to your yard. It has no significant negative characteristics.

Lustgarten's Weeping Chinese Dogwood will grow to be about 15 feet tall at maturity, with a spread of 15 feet. It has a low canopy with a typical clearance of 1 foot from the ground, and is suitable for planting under power lines. It grows at a medium rate, and under ideal conditions can be expected to live for 40 years or more.

This tree does best in full sun to partial shade. It does best in average to evenly moist conditions, but will not tolerate standing water. It is very fussy about its soil conditions and must have rich, acidic soils to ensure success, and is subject to chlorosis (yellowing) of the leaves in alkaline soils. It is somewhat tolerant of urban pollution, and will benefit from being planted in a relatively sheltered location. Consider applying a thick mulch around the root zone in winter to protect it in exposed locations or colder microclimates. This is a selected variety of a species not originally from North America.